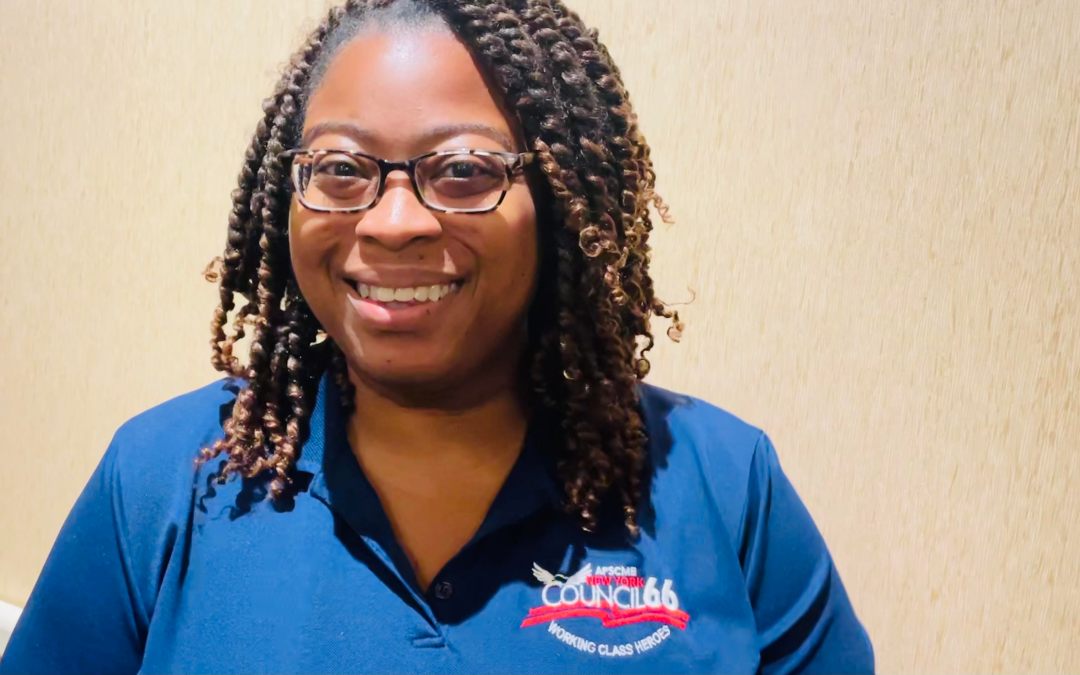 Tawanda Ciccone is the AFSCME 1635 Grievance/Recording Secretary and a City of Rochester employee who started as a 9-1-1 Telecommunicator in 1999, she then moved up to Police Dispatcher––a title that sends police and sheriff’s deputies to various locations from 9-1-1 calls throughout Monroe County.

She began her journey with the union six years ago “someone approached me to see if I wanted to run in the subsequent election, and I did. I ran for 2nd vice president,” Tawanda said. “And I won.”

Doing so broke a glass ceiling at the union. Tawanda is the first woman of color to be elected to that position. Now on full release, Tawanda is immersed in her job and able to dedicate her time to helping members exclusively. “I write all of the grievances for members for terminations, reprimands, or other CBA violations,” she said. “This job gives me a sense of satisfaction to help members who were wronged, to try to make it right, to hold the City accountable.”

In addition to her day-to-day role, Tawanda is on the 1635 negotiations team ensuring that union members are paid equitably and treated fairly. “Our members are our number one priority at AFSCME 1635. Now more than ever workers deserve to earn a wage that supports both their families and their dreams.”

Unions help employees by offering them backing and assistance, she said. “We fight for you.” For any woman who wants to get involved with the union and move up, Tawanda says, “we as women have to work harder to be taken seriously. For me, as a Black woman I have to work double hard in my job. Don’t give up. Keep it up.” Tawanda lives in the city of Rochester with her husband and son.