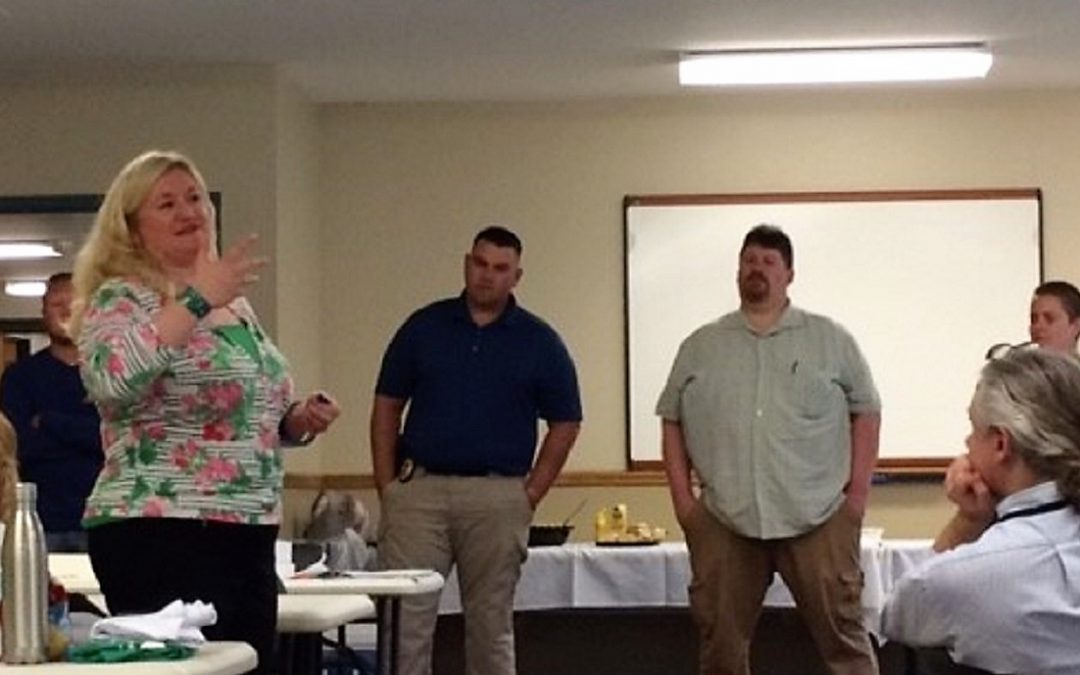 Stewards from Allegany County Local 2574 received training in Belmont, NY. The day-long session was led by Tracy Monahan and John English from AFSCME International, and it covered a wide range of topics including the duty of fair representation, contracts, workplace action, and the statewide vote that is being held in November on the proposed constitutional convention.

Local 2574 stewards used this training to learn more about Weingarten rights (the legal right for union members to have a steward present during disciplinary meetings), handling grievances, and the history of the labor movement.

John English told stewards about the impending “right to work” Supreme Court case which has the potential to reduce membership of the union. Union leaders expect that the Court will rule in favor of “right to work” sometime next year, and if that happens, agency fee payers in New York State would be prevented from having to pay dues even though they get all the benefits of working in a unionized workplace. English said, “By this time next year, I fully anticipate all public unions across the country will be in a ‘right to work’ environment.”

The union used this opportunity to institute the AFSCME Strong program in Allegany County. AFSCME Strong was developed as a member-to-member campaign that provides stewards, activists, and union leaders with the tools they need to ensure our members become more active in the union. Local 2574 President Elizabeth Gugino said, “With everything that we learned today, our stewards are now better equipped and more prepared to take on the challenge of fighting for our members.”