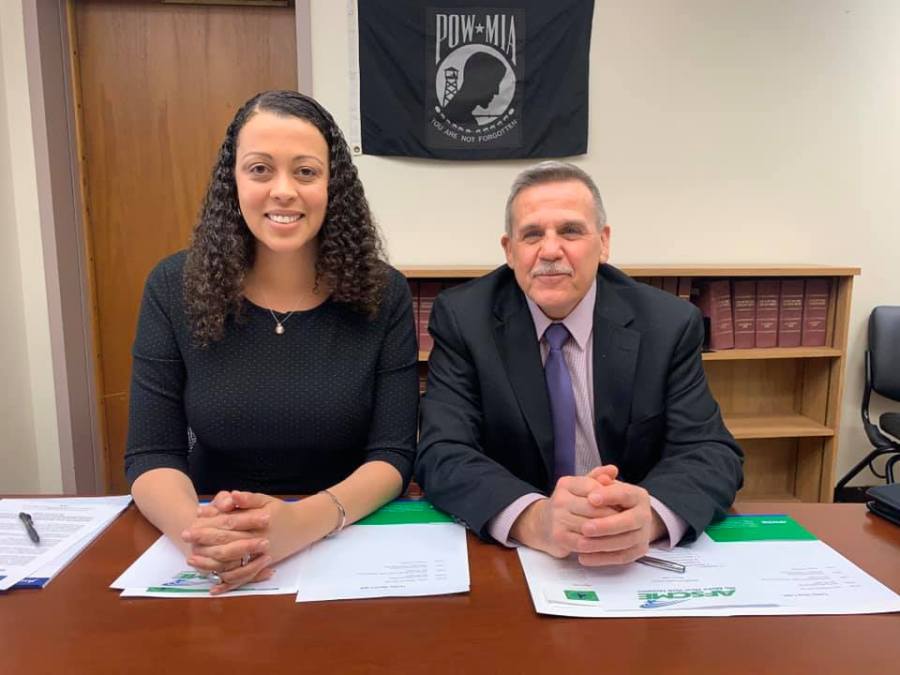 Miller, a long-time workers’ rights advocate, will begin with the Democrat & Chronicle, USA Today newspaper as a full time reporter on June 13, 2022.

Miller started out with the Transport Workers Union, Local 100, AFL-CIO in 2008, after an attempt to organize club deejays, nationally. For the 38,000 person NYC Metropolitan Transportation Authority union she was an internal organizer, leading teams from various departments in a dues recuperation campaign, subsequent to a seventeen month Taylor Law related automatic dues checkoff prohibition stemming from the NYC transit strike of 2005.

In 2013, after the birth of her son Warren, Amorette moved from Manhattan back to Rochester, where she graduated from Bishop Kearney High School in 1996. She said of the move: “I wanted to raise my son around family as I was a single mother at the time. Greater Rochester has everything: farms, parks, playgrounds––what I wanted my son to be exposed to.”

Miller enrolled in classes at SUNY Brockport in the master’s of public administration program and was awarded the Diversity Fellowship through the Arthur O. Eve Opportunity Program (EOP) an educational initiative funded in part by the State University of New York.

After graduating from the college, she secured a position with the Rochester & Genesee Valley Area Labor Federation, AFL-CIO as chief of staff. Serving as Manager of Labor Relations for the City of Rochester, thereafter, gave her experience on both sides of the table. She now adjunct teaches labor relations negotiations at her alma mater, SUNY Brockport in the summer session, currently in year four.

Fulfilling a temporary contract with the American Federation of Teachers, prior to the pandemic, Amorette organized 100+ potential Rochester City School District, Rochester Teachers Association teachers. She then joined AFSCME Council 66 to work in communications where she assisted with solving the issues of 87 AFSCME unions across our 27 county region of New York State, including supporting AFSCME 1635, the union of the same collective bargaining agreement that she negotiated while employed as management with the city of Rochester.

Dan DiClemente, BENTE 2419 and Council 66 president said: “We are heartened that Sister Amorette will explore new horizons as a reporter with the D&C. She applies herself 100% to every project and enhances any organization that she decides to join.”

Miller will be succeeded by Maria Fisher, who is currently director of community relations with New York State Senator Samra Brouk, and is also a labor movement veteran. Maria Fisher has worked for the Rochester City School District, the city of Rochester, the Rochester Labor Council and the Public Employees Federation. We appreciate Miller’s time with us and look forward to the strengths that Fisher brings to the table.