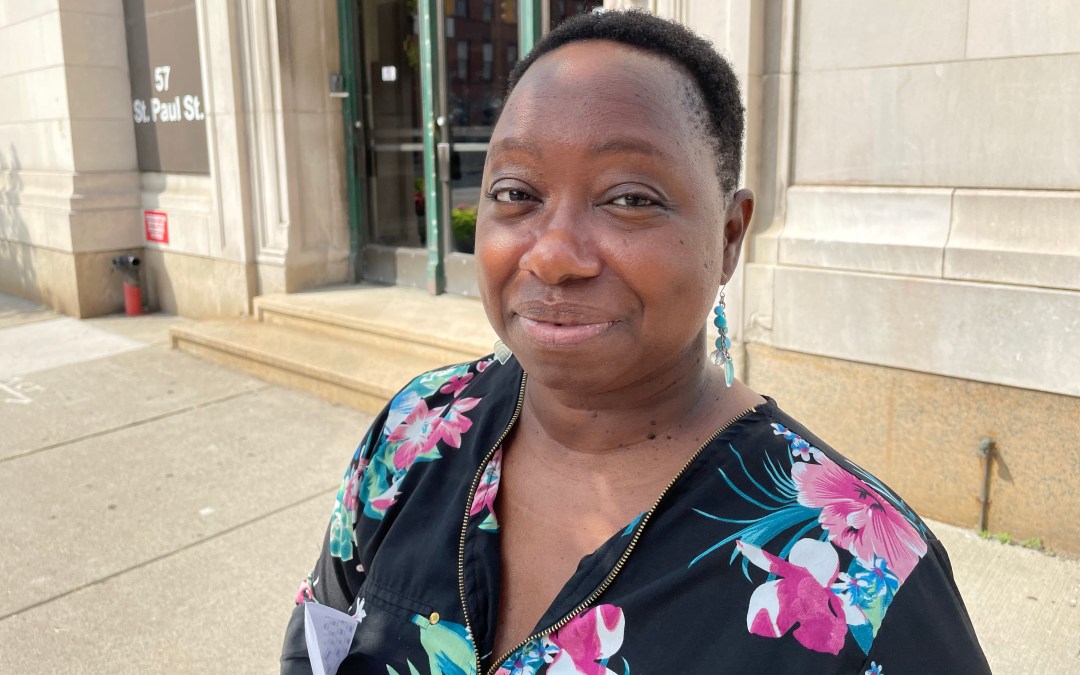 Sharifa Aiyna Prior is a Rochester, NY native and a graduate of Temple University where she majored in Criminal Justice.  Growing up Sharifa wanted to be the first female black U.S. Supreme Court Justice–– to follow in the footsteps of Thurgood Marshall. At Temple she enjoyed Social Work courses to really “dig in to the human aspect of Criminal Justice.”  Sharifa said, “My goal was to make sure people understand what is going on.”

Sharifa works as a Community Support Counselor (DRHS) for the City of Rochester, and is a member of AFSCME Local 1635.  She will be celebrating her eighth year with the City in September.  Sharifa truly enjoys helping others to ensure they are properly informed.  As such, she became an active member of the Union two years ago when her part time union contract was set to expire.  She saw a flyer posted regarding an upcoming membership meeting and decided to go and get involved.

She is now a Rochester Labor Council delegate for 1635 and has joined the Education Committee, Rochester Labor Council’s COPE committee (a Political Action Committee) and recently completed the Shop Steward training during the AFSCME NY Council 66 Biennial Convention in May.  Her goal is to one day be a Shop Steward because she feels people’s voices need to be heard so that their rights are not “stomped on.”  “People need to have a voice,” she said.

Recently the City of Rochester planned to eliminate jobs due to budget cuts.  Part of these cuts included eliminating three part time positions, one of which was hers.  “These positions were needed and that the City should not have sought to just cut them,” she said.  Sharifa along with key AFSCME 1635 and Council 66 staff met with City Council members in order to advocate and fight for these jobs.

In the end, some of these positions were saved.  Sharifa was one of the affected, and her job was ultimately saved.  She is inspired by playing it forward and wants people to know they’ve been heard. “Never forget where you came from.  Be humble and be thankful.  I’m always appreciative of any opportunity that comes my way.  Any way I can help, I’m here for that. We all need each other to move things forward,” she said.

Sharifa lives in the 19th Ward with her husband, their eleven-year-old son and four-year-old Boston Bichon.