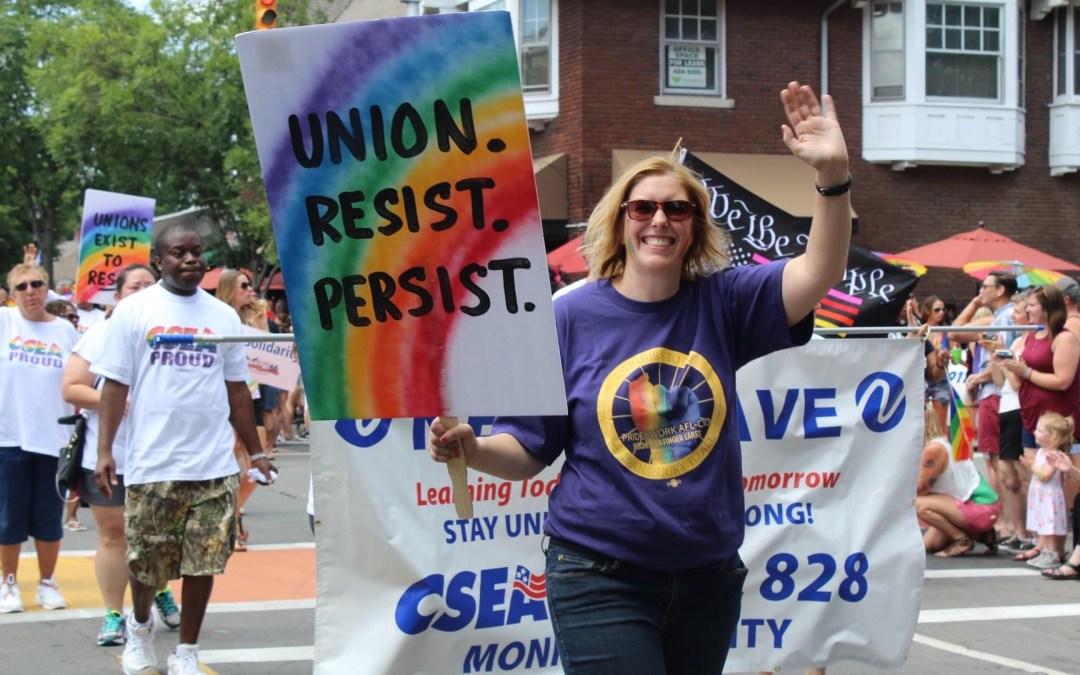 Maria came to us from New York State Senator Samra Brouk’s office where she was the Director of Community Outreach and Community Development. In this role, Maria coordinated numerous events including town halls focused on mental health for essential workers and students. Maria also oversaw constituent services and connected constituents with government and community agencies that could help them in areas such as: housing, unemployment and healthcare services.

Prior to her position with the Senate, Maria worked as a labor relations specialist for the Public Employees Federation (PEF), representing New York State healthcare, education and human service workers. She also worked for the Rochester Labor Council-AFL-CIO as Chief of Staff and implemented campaign schools to help union members learn how to run for office. In 2019, Maria was recognized by the RLC with the “Political Action Award.” She was also appointed as a member of the Finger Lakes Workforce Investment Board to lend labor perspective on workforce development initiatives and opportunities.

Maria is a passionate 3rd generation unionist. Her grandfather was a member of the Printers Union and her father held almost every role in his union, IAM, including president of his local. Her father taught her early on that there were two unbreakable rules in their family-never lie and never cross a union picket line.

In 2016, After 43 years of dedication to his company, Maria’s father was laid off and forced to train his replacements in Poland. Maria wrote an article for the Democrat and Chronicle about her father’s experience called “Soul sucking: The Human Face of Outsourcing.” https://www.democratandchronicle.com/story/opinion/blogs/editorial/2016/04/18/soul-sucking-the-human-face-of-outsourcing/83216552/ The article, which was relatable to many people,  received positive attention from unions and their members locally and nationwide. Maria also previously co-hosted a labor radio show called “Shift Change”, an interview program that shared the stories of working people in our community from a labor point of view.

In 2018, Maria saw a post on her Facebook feed that a local woman was desperately looking for a kidney for her husband. Maria thought about her own family who were given a chance at a new life as Ukrainian refugees to this nation and decided that donating a kidney was a way for her to give back for everything she had been given. Maria has now become an advocate for living and deceased donor organ donation and talks about how organ donation is a workplace issue. For this work, Maria received the “Heart of Gold Award” from the United Way Labor Leaders program and the “Courage Award” from the Federation of Social Workers.

Maria is looking forward to continuing to share the stories of the hard working members of AFSCME Council 66.