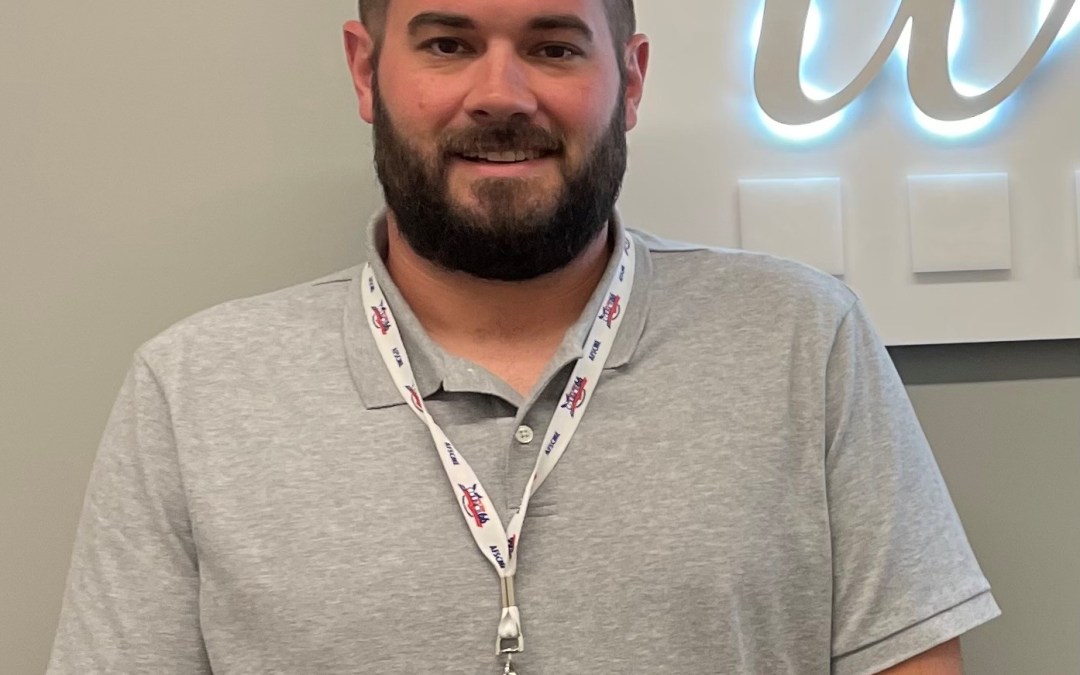 Tim learned hard work and union activity from his role model-his father. His father spent almost three decades as a mechanic and union steward for the Operating Engineers. Tim would proudly go to union meetings with his dad. As soon as he could walk, he would also go to all his dad’s side jobs. Tim’s first paid job was as a paperboy at 12 years old for the Buffalo News. By 14, he was landscaping at a local golf course.

Tim’s dad gave him guidance that had a lasting impact on him: “don’t sit idle and always have a job” and the most important advice of all “no matter what happens just keep going.” Tim also inherited his father’s mechanical aptitude and started building computers at the age of 13. His passion for technology only increased as he grew older.

Before his current role, Tim was the Director of IT for a debt management company. Then, two weeks before Christmas he was let go from the company where he had given so much. The company was downsizing and laid him off without warning and without concern for his well-being. Because he had signed a non-compete clause, he was not even able to look for work in a similar field. For a man who had spent his entire adult life and much of his childhood working, being unemployed was a financial and emotional gut punch and a very scary time for him and his family. He struggled financially.

Tim then heard about civil service tests and took seven tests in two weekends. One of those led to his current position, where he’s been since 2018. There, he oversees all point-of-sales systems (cash registers) for cafeterias in nearly 80 school districts. “It’s a fast-paced job and I love it,” says Tim. In his role, Tim is responsible for the accuracy of all data that comes through the registers, based on community eligibility rates, poverty data and reimbursement rates. “My work directly impacts school district meal funding, so accuracy is essential.”

At the beginning of each school year “the phone doesn’t stop ringing.” When customers call the desk phone they know Tim will answer and there is a team dedicated just to them. Resolving customer issues brings him joy. He appreciates every “thank you” he gets from relieved customers.

Two years ago, Tim was faced with a serious setback when he found a polyp that led to a cancer diagnosis. Luckily, this time he worked in a union environment and was supported by his union family. Erie 1 BOCES employees have created a sick leave bank to which employees can donate their extra sick leave. When a member is experiencing health issues and runs out of sick leave time, that member can tap into the fund to ensure that they don’t lose pay while going through medical treatment. During Tim’s treatment, he, his wife and their three children were reassured that because of the generosity of his colleagues, financial stability was the one thing they did not have to worry about again.

After his cancer treatment was successful, Tim decided to become more actively involved in the union and took on the role of recording secretary. He “loves being a part of the union!” He enjoys knowing what’s happening and being involved with the union keeps you more informed. He also believes that management treats you better in a union environment where they know workers have rights and protections.

Tim’s advice to people interested in finding a job in IT is to start with an entry level job, understand the whole scope, and then find a niche that you love: programming, networking, router switch work, content work etc. His most important piece of career advice is to get a job in a unionized workplace. “Why not join a union with protections, job security and a pension? Join a workplace where you have the support of your union family. Someday that support may mean everything, and when you need to just keep going you’re never going alone.”