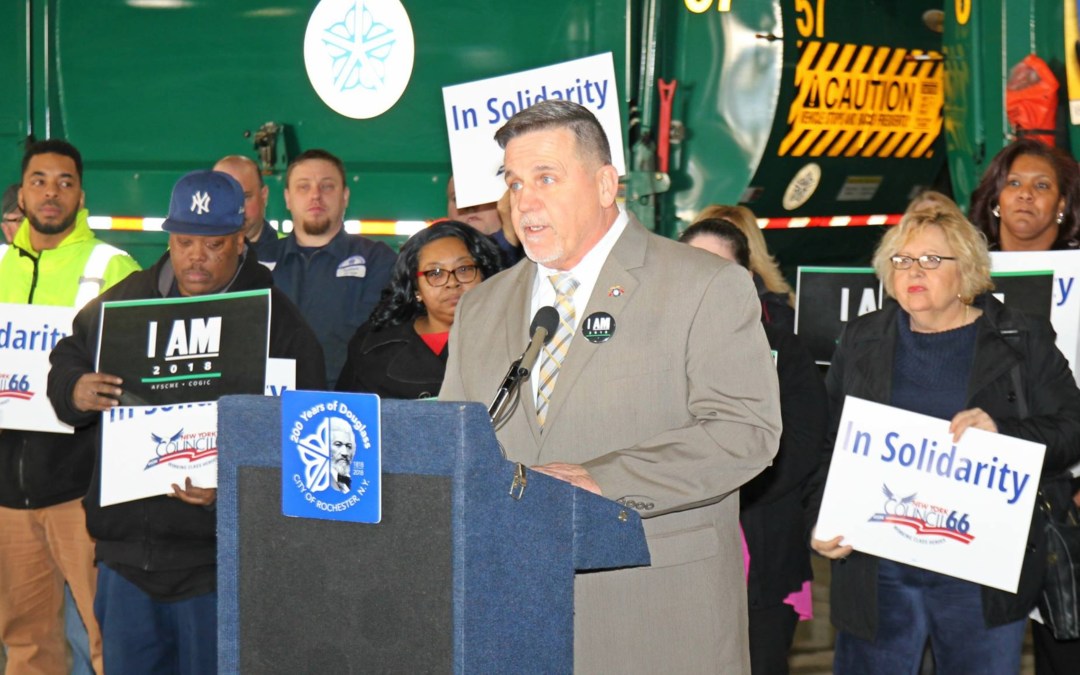 Longtime Labor Leader, Bill Slocum, President of City of Rochester Municipal Workers’ Union AFSCME 1635 is retiring. Starting out as an Environmental Service Operator in 1987, Bill served in several City of Rochester roles. In addition to his most important role as husband and father, Slocum was elected President of the Union in 2013 after serving seven years as Treasurer.

Those who know Bill, see a steady workers’ rights advocate––a fighter for the membership that he serves. He got involved in the Union Movement in 1995, becoming a Shop Steward after several of his co-workers encouraged him to run.

“Our Union has a long history within the City of Rochester. My only hope is for those who lead it to understand the value of unions; the people who keep the streets clean, answer 911 calls, secure the buildings and ensure that residents receive top-tier customer service,”––Twenty-twenty was a year that affected workers like no other–– “Our members are front-line workers. They are the champions who have clocked in straight through this pandemic to keep services up and running,” said Slocum.

Dan DiClemente, president of both RCSD support staff union BENTE 2419 and AFSCME Council 66 said, “You would be hard pressed to find a more dedicated leader who fights for his members with every fiber of his being. I have great respect for the selfless job Bill has done and the effort he put in day in and day out. He will be sorely missed by all of us, but he is deserving of a healthy and happy retirement.”

Local 1635 represents members at the City of Rochester, Rochester Housing Authority, Webster Transportation, and at the Town of Williamson. Bill Slocum will be succeeded by Mike Rivera who is currently Vice President of Local 1635, beginning March 1.

AFSCME 1635 is an affiliate of AFSCME Council 66, AFL-CIO which represents 87 Unions in 27 counties of New York State.