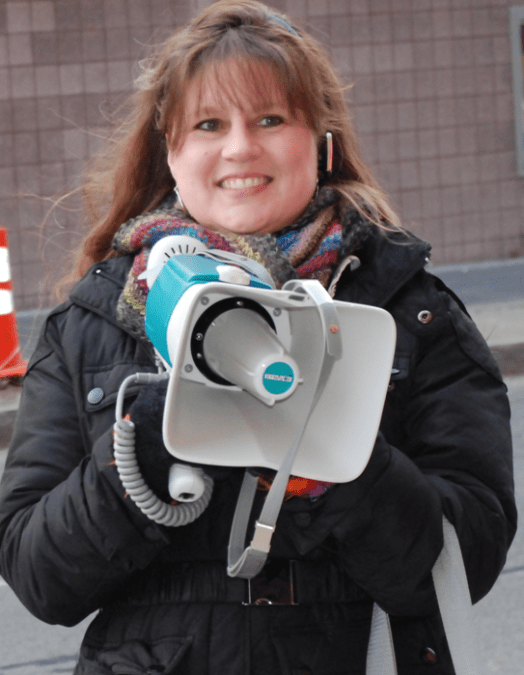 Louise “Weezy” Landry is a longtime City of Rochester resident and employee of the Rochester City School District. She started out as an account clerk typist in 1987 and after a few years began to get involved with her union, BENTE 2419.

“I had some colleagues tell me about union events. So, I participated. I began helping to wrap gifts and purchase items for our C.U.R.E. Childhood Cancer Association parties,” she said. For over 40 years BENTE 2419 has hosted an annual Christmas party in honor of the children that C.U.R.E serves.

Weezy became a union steward and then ran for central office unit chair and has been in that position ever since. Now, with over 30 years of experience she is on full-release dedicating her time to help the members of BENTE.

“I serve as the Steward, Education and Employee Assistance Coordinator for my union. I’ve always enjoyed helping people. A lot of workers are afraid to speak for themselves. But once I became a steward, I wanted to be  able to make a difference on a one-to-one basis,” she said.

“To me, Union means collaboration, and we represent all of our members,” Landry said.

“You would be hard pressed to find anyone with the amount of commitment, patience, and compassion that Weezy shows every day towards the members of BENTE Local 2419,” said Dan DiClemente. “She is in constant contact with members, the stewards, and the union leadership in an effort to reach a resolution for anyone who has a problem in the workplace. Her diligent work ethic and caring nature is an asset to our union that I am grateful for, and so are the countless others that she has helped throughout her career.”

In addition to her day-to-day responsibilities, Weezy serves as a member on the BENTE cba negotiations team along with participating in all Union events and conferences.