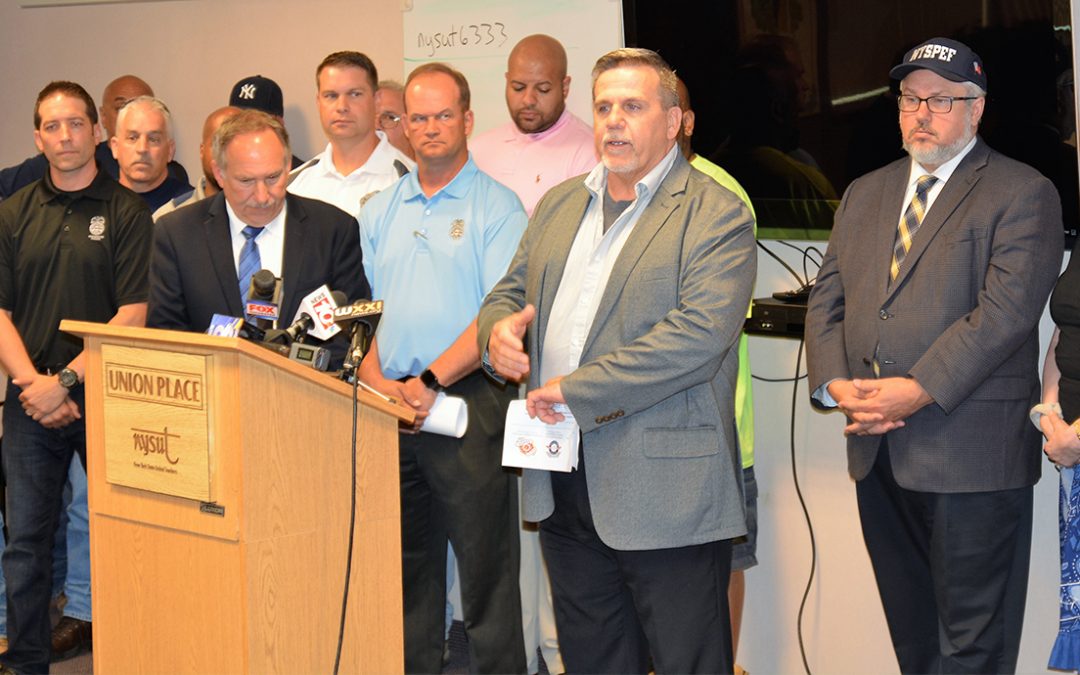 “The Mayor is making it clear by her actions that she wants to have an adversarial relationship with us,” said Mike Mazzeo, President of the Rochester Police Locust Club. “We will not sit by and allow this administration to attack hardworking city employees and our unions. The firing of Amorette Miller yesterday is part of a pattern of disrespect and disregard for the thousands of workers who keep this city safe and running.”

The removal of Miller from her position came less than 24 hours after City Council approved the Mayor’s budget that will result in greater inefficiency at the Department of Environmental Services.

“We’ve done everything we can to try to reach agreements with Mayor Warren on a wide range of issues,” said Bill Slocum, President of AFSCME Local 1635. “Instead of working with us, she unilaterally decided to eliminate field supervisors at DES. We know this decision will result in more inefficiency and come at a higher cost for taxpayers. But the Mayor forced workers who’ve given decades of dedicated service to this City to take a $15,000 a year pay cut. It’s shameful.”

“The HR Manager has now removed the Labor Relations Manager, Amorette Miller, and that has a negative impact on the Labor Management Committee we have established,” said Eddie Santiago, President of the Rochester Firefighters Association. “I hope that this is not indicative of previous administrations’ who did not acknowledge Labor/Management relations”

Although they could not attend the press conference, local leaders from CSEA – which represents City Librarians – expressed their solidarity.

“We’re asking this administration to stop tearing down its workforce,” said John Tarasuk, President of the Upstate New York Operating Engineers Local 158. “Our members are disheartened by the high number of Operating Engineers vacancies that the Mayor has left unfilled for months. And the installation of the City’s new payroll system is being mismanaged.”

President Dan Maloney of the Rochester Labor Council addressed attempts to undermine unions at the national level: “At a time when workers’ rights are under attack by our federal government, we need local leaders who stand up for working people,” he said. “The Supreme Court will issue a ruling in the Janus vs. AFSCME case within the next week. The Court’s decision could further rig our economy in favor of the wealthy CEOs and special interest groups at the expense of working men and women.”

Labor leaders said they are more committed than ever to stand up for our workers’ rights and will forcefully respond to any attack on our unions.